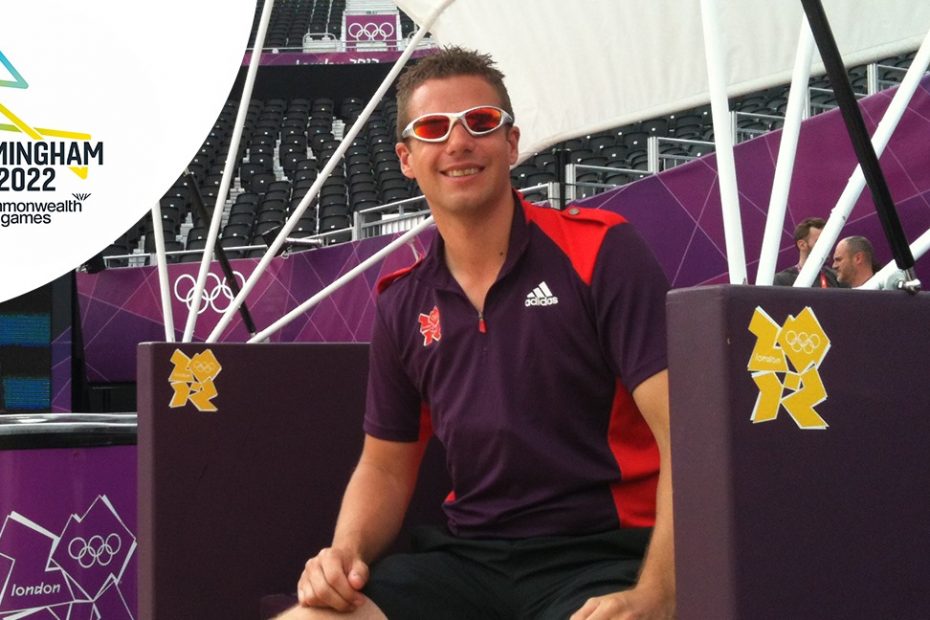 Volleyball England and Team England have appointed Chris Jones as the Beach Volleyball Team Leader for the 2022 Commonwealth Games in Birmingham.

Beginning in October, Chris will play a key role in supporting the beach volleyball teams in the run up to, during and immediately after the Commonwealth Games.

Chris lives in Birmingham and is currently the Team Manager of the England Senior Men. He played a key role in supporting and coordinating athletes as they finished runners-up at the Novotel Cup in January. At club level, Chris is the Team Manager and player captain of National Volleyball League side Coventry & Warwick Riga Men and led them to the Division 3 (Central) title this season.

Chris is no stranger when it comes to working under pressure at major sporting events. In 2012, He volunteered as a field of play attendant for the beach volleyball at the Olympics Games in London (pictured) and was also a line judge for sitting volleyball during the Paralympic Games that year.

In his day job, he has established a reputation of being a fixer and problem solver and currently works as the Operations Director for IT training company Quanta.

Chris Jones said: “I was excited when I first heard the Commonwealth Games was coming to Birmingham and even more so when beach volleyball was confirmed as a sport.

“After spending time in the beach volleyball arena at Horse Guards Parade during the 2012 Olympics, I knew this would be an amazing experience and one I really wanted to be part of in any way I could. Now, being part of Team England at a home games, with a sport I love, I couldn’t be happier.

“I am really looking forward to the journey which lies ahead, working closely with the athletes, Volleyball England and Team England to not only make sure the Games are a success but also hopefully to try and establish a legacy for volleyball in the West Midlands.”

Sue Storey, CEO of Volleyball England, said: “We are very excited to announce the appointment of the Beach Volleyball Team Leader for the Birmingham 2022 Commonwealth Games.

“Having volunteered at the 2012 Olympic and Paralympic Games, Chris Jones has a wealth of experience at multi-sport events which, coupled with his energy and enthusiasm, made him the ideal person for this important leadership role.

“We look forward to working with Chris and Team England over the next two years to ensure the beach volleyball teams are prepared for success on home soil.”